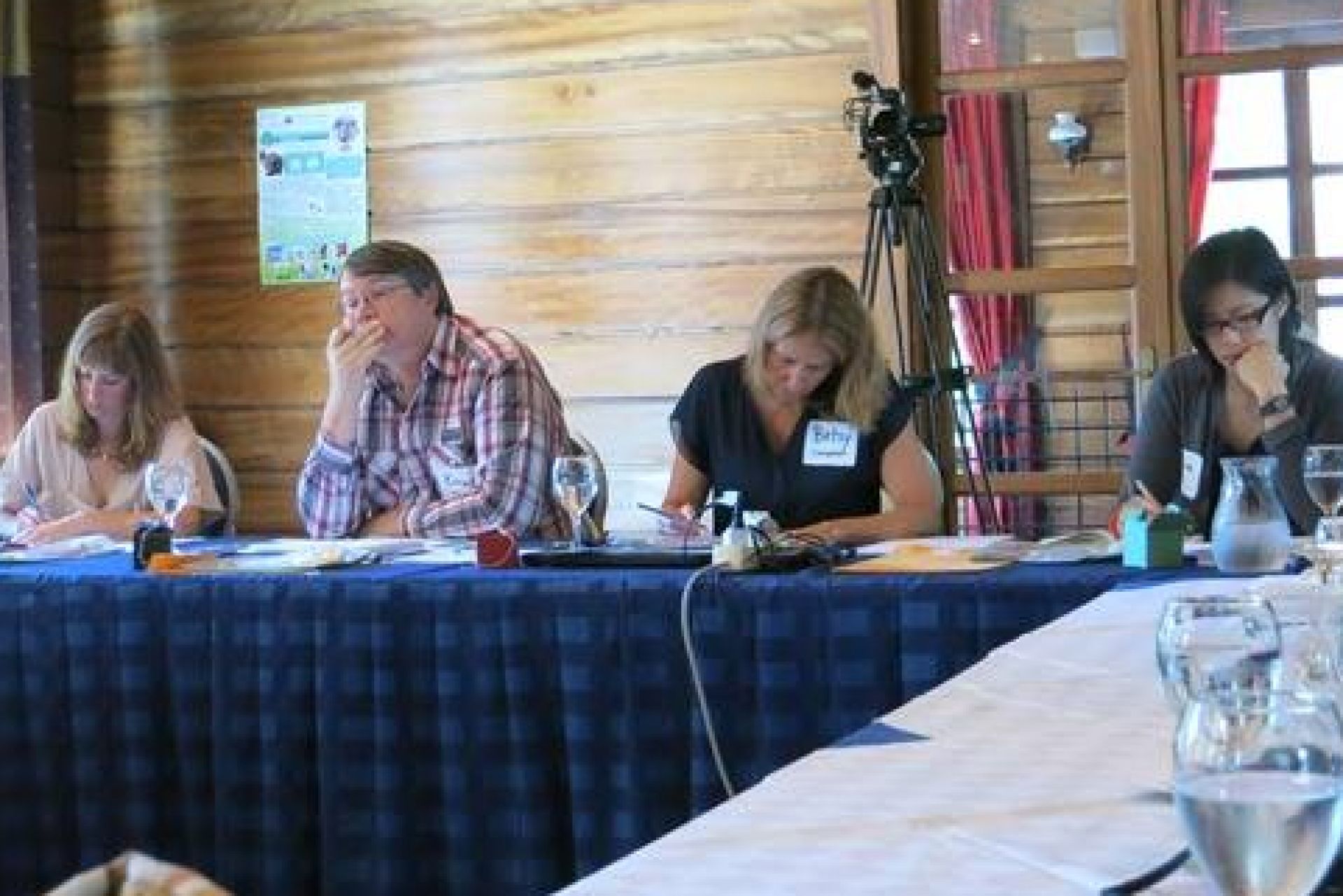 Elizabeth (Betsy) Campbell is the vice president for programs at the Rockefeller Brothers Fund where she provides leadership to the Fund’s program and grantmaking activities in the United States and internationally. The Fund’s grantmaking is organized around three global thematic programs: Democratic Practice, Peacebuilding, and Sustainable Development; three pivotal place programs: Southern China, Western Balkans, and New York City; and a number of special initiatives (Egypt, Hungary).

Julie Ng graduated from Tufts University in 2007 with a degree in international relations and economics. That same year, she moved to Munich, Germany to complete a Fulbright English Teaching Assistant Grant with local high schools. After working for a few years as a designer for Ancestry.com's European team, she left to freelance and start her own company, Offsides UG. In 2012, Ms. Ng co-founded Refresh Munich e.V., an organization dedicated to building a community of designers and developers in Munich based on passion, not profit.

Dahlia Scheindlin is an international public opinion expert and political consultant based in Tel Aviv. She has been a senior analyst for the global firm Greenberg Quinlan Rosner Research; director of international campaigns at GCS Campaign Management, and has developed research-based strategy for electoral, social, and civil society campaigns in over a dozen countries. She works extensively in peace and conflict research, social activism, and human rights in the public domain. Ms. Scheindlin has completed a PhD in political science, worked as a researcher for the Israel Democracy Institute, and taught at Ben Gurion and Tel Aviv University. She is a founding member and writer at +972 Magazine.