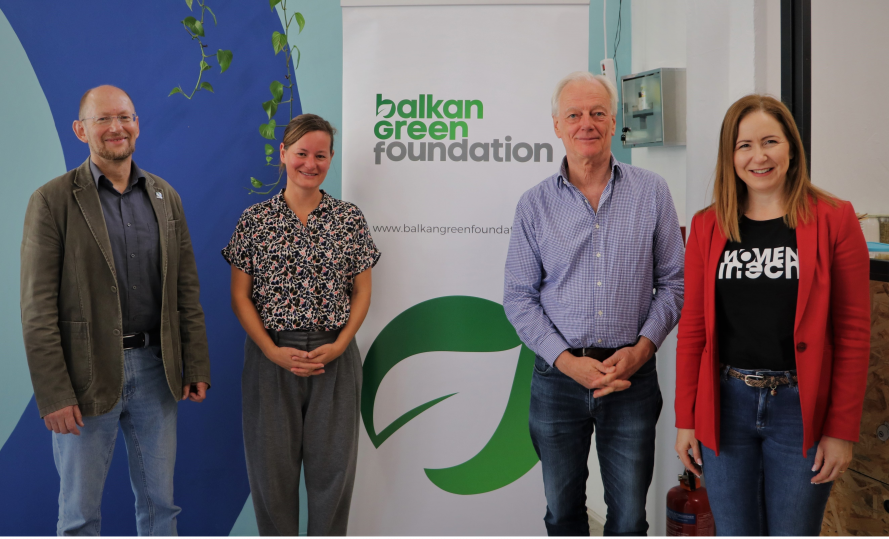 Andras Krolopp is a Senior Researcher based in Belgium. He joined The Nature Conservancy in 2012 as Senior Policy Advisor for TNC's Africa Region, Focusing on EU policy issues. He is now with the Europe Region, covering European governmental relations with a special focus on the EU in support of TNC's policy, conservation and public funding priorities. Currently, he is a Program Director for the "Balkans' component of the Enterprise grant and managing an EU-funded project on how private landowners could play a complementary role in nature conservation. He was also seconded to the Hungarian Government during its EU presidency and covered Biodiversity finance in preparations and during CBD COP in 2010. Before working for IUCN he was working with various NGOs, like the CEEweb (an NGO network covering Central and Eastern Europe), Global Nature Fund (Germany) and the European Center for Nature Conservation (Netherlands). Andras has an MSc in Environmental Management and degrees in Biology and Geography. Besides his Hungarian mother tongue, he speaks English, and German and has basic knowledge of Dutch and Russian languages.

Yvonne Reif holds a master's degree in business education (Vienna University of Economics and Business) and graduated from the University of Vienna with a degree in international business administration. She joined the Competence Center for Nonprofit Organisations and Social Entrepreneurship at Vienna's University for Business and Economics in September 2020 where she coordinates two capacity-building programmes, the MEGA Academy, a growth programme for innovative Austrian educational programmes and the NGO Academy - a capacity-building programme for NGOs in Central and Southeastern Europe. Before joining the Social Entrepreneurship Center, she worked as a Project Manager in the NGO “Women Without Borders” and has more than 15 years of professional experience in tax and business consulting as well as in the field of education and integration.

Andreas von Schoenberg developed the UK business of Colexon Energy, a solar EPC and wholesaler. Previously he managed the Business Development, M&A, Communications and Marketing departments at leading waste management firm Veolia Umweltservice, which had acquired the German and East European activities of the SULO and Cleanaway Groups. Before joining Veolia, he was responsible for Cleanaway’s strategic planning in Asia, Australia and Europe. In the 1990s he established the Cleanaway brand in Germany for the Australian parent company Brambles. In the 80s he was responsible for international sales and marketing at a medium-sized environmental technology company specialized in anaerobic digestion and waste compactors. Andreas is a graduate of the University of Oxford.

Synthia Dodig holds a bachelor’s degree in Environment and Resource Management from the University of Toronto and is a Forum for International Trade Training Certified International Trade Professional. Synthia is a Global Affairs Canada employee and has worked as the Trade Commissioner at the Canadian Embassy in Zagreb for over 20 years. During her career, she has assisted hundreds of Canadian companies to expand their business to Europe, for the past several years with a focus on Clean Tech companies. She has served as a mentor to women entrepreneurs, assisted women’s business organisations and helped establish Women in Tech Croatia. She is one of the founders of the Terry Fox Run in Croatia and has raised over 1 million euros for cancer research in Croatia. She is fluent in English, French and Croatian.