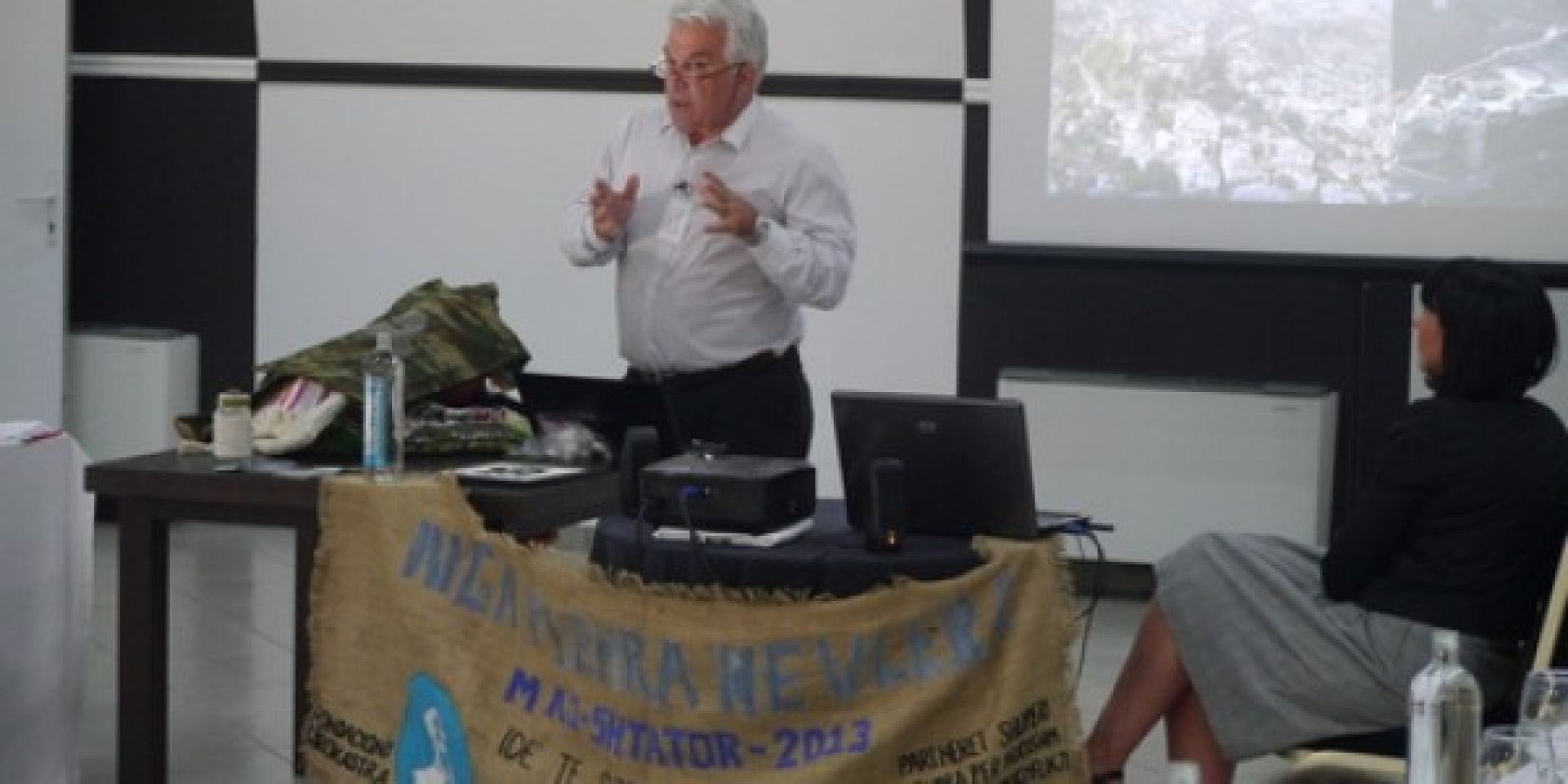 Boris Cavoski was born in Skopje in 1970. He earned his bachelor's degree in biotechnology and completed his education in economics in Varna, Bulgaria. Mr. Cavoski is a general manager of Kalonis LTD in Skopje. Recently, he became registered as a private agriculture producer with the Ministry of Agriculture of the Republic of Macedonia. He owns 6 ha of ground (+ 5 ha rented arable ground) in Cer, Macedonia, where he produces organic foods. He owns the first buckwheat plantation in Macedonia and last year, became the first official producer of organic healthy food. Mr. Cavoski collaborates with individual agricultural producers in the local community.

Lulzim Fejzullai is currently pursuing a PhD in rural development. He holds a master’s degree in human resources and a specialist degree on livestock from the Agriculture Faculty in Skopje. From 1996‐2006, he was an agriculture specialist at Land O' Lakes Inc. From 2007‐2009 he was the manager of the Farmer’s Federation of Macedonia. Mr. Fejzullai is the president of the Regional Sheep Breeders Association of Western Macedonia and the manager of the Tourism Cluster. He is a Karate Master IV and is a licensed pilot.

Josip Grabarevic is a graduate of the College of Technical Science Subotica, where he completed a course automation and energy. Mr. Grabarevic has many years of working experience as an electrical engineer, merchandiser, and entrepreneur. He is fluent in Hungarian and speaks English and basic German.

Ideja Kasumovic is an architect. She is married and lives in Bijelo Polje. Ms. Kasumovic is the creator of a therapeutic method that uses wool as an instrument for rehabilitation for children with disabilities. The method can be developed to other beneficiaries (e.g. elderly, people suffering from rheumatic disease, postoperative rehabilitation, etc.). Ms. Kasumovic has developed an original project making artistic products out of rolled wool.

Vanja Krgovic Sarovic is an entrepreneur. Ms. Sarovic is engaged in rural tourism and started her own business and accommodation on her family farm. The Sarovic family farm is located in one of the most beautiful villages in the protected zone of the national park, Durmitor, for 5 years.

Anila Mirdita holds a bachelor’s degree in economics from the University of Tirana. Her previous work experience includes BKT Bank and NBG Bank in Tirana.

Sadi Petrela, executive director of the Gjirokastra Foundation, has been involved in conservation and development for more than seven years. He holds a degree in history from the University of Tirana. He has done post‐graduate work in media communication and has worked as journalist and editor in chief for various media in the country. Mr. Petrela has done training at the BBC World Service, Reuters in the UK, and Deutsche Welle in Germany.

Mr. Petrela has helped to make the Gjirokastra Foundation one of the most effective and prestigious Albanian NGOs in the country working in the field of cultural heritage preservation, tourism, and handicrafts development. He is responsible for the green project, From Waste to Values, a waste recycling project at the UNESCO site of Gjirokastra.

Milutin Prascevic is a retired teacher from the town of Plav in northern Montenegro. He is known in Plav for his love for plants and his extensive knowledge of the Prokletije mountains, declared as national park two years ago. He has established the first botanical garden in this area, which is well known by experts in the sector as well as by the local population. His botanical garden is a stop on the Plav cultural route. Mr. Prascevic’s home is located on one of the most attractive hiking routes to the Visitor mountain.

Pezana Rexha was named for a small village near Tirana. She is 28 years old and has studied architecture and management. Ms. Rexha’s life has always been a mix between her hobbies and profession. Her love for animals has driven her to try to help animals and orphaned children living in institutions. Through the Animal Assisted Therapy project, she works with children, using animals to help them overcome obstacles and feel unconditional love. With the help of Partners Albania she established her own social enterprise that works with orphans and pensioners.

Marko Ristovski has years of work experience in the tourism sector in Serbia and United States. He attended the College of Hotel Management Belgrade. Mr. Ristovski is fluent in English and Italian.

Anica Simovic holds a BS in food technology of herbal products. She has years of work experience in the food industry as well as the development of HACCP documentation. Ms. Simovic’s laboratory research work is well regarded in her field.

Diana Sinojmeri joined AMC in 2006 as the head of corporate social responsibility. She played a large role in establishing AMC’s corporate responsibility strategy and sustainability report standards. As part of the corporate responsibility scope of her work, she is member of the AMC Environmental Management Team. Mrs. Sinojmeri previously held senior executive positions in the public sector. She holds an economic degree from the University of Tirana and a master’s degree in business administration from Nebraska University. She is married and has one child.

Svetlana Stanojkovska is a biologist. She has been actively engaged in the civil sector for more than six years as a member of several non‐governmental organizations focused on improving the quality of life in local communities. She speaks basic English, Italian, and Serbian. Ms. Stanojkovksa loves sports and plays tennis and basketball.