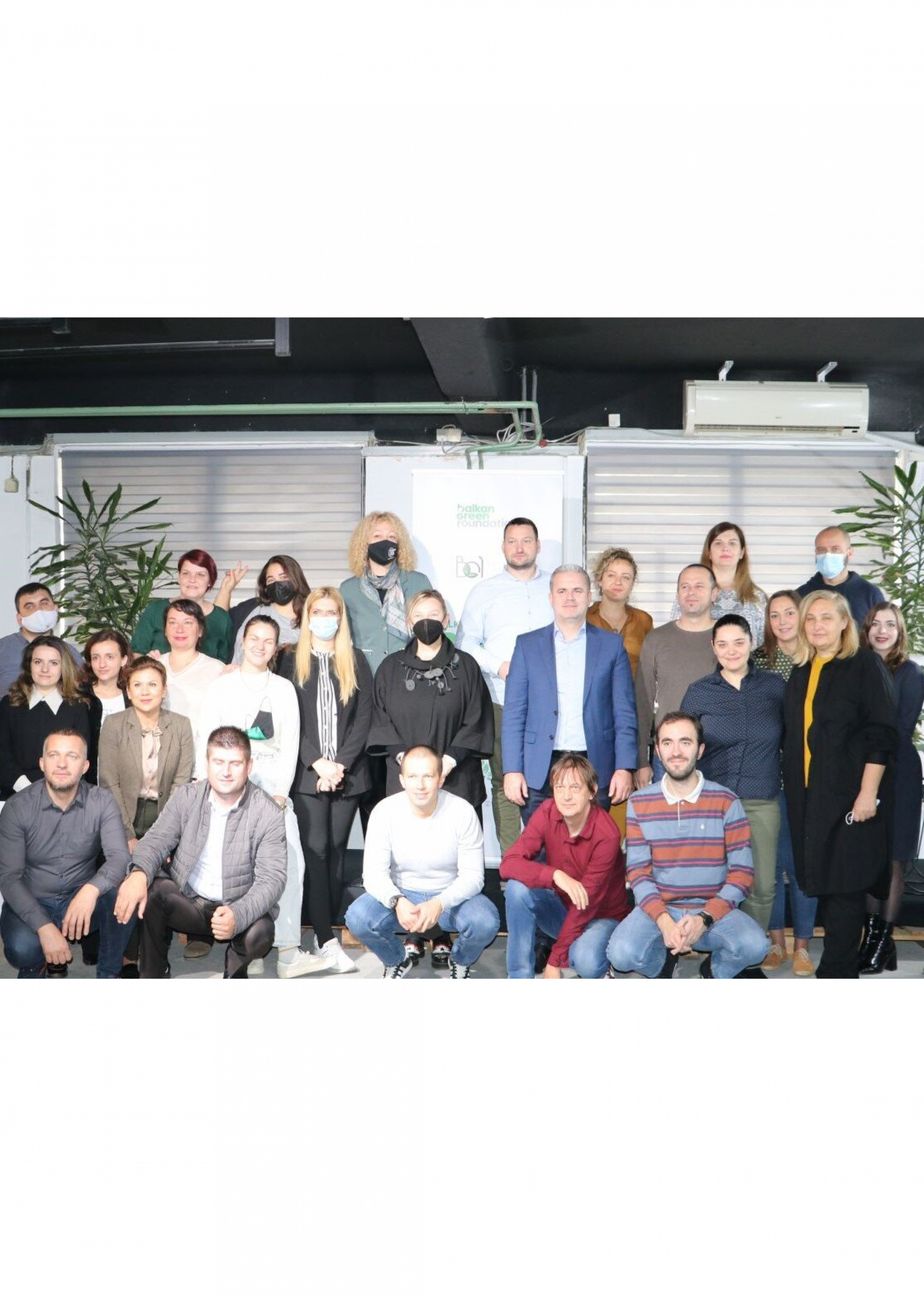 Today we have concluded the 10th jubilee edition of the Balkan Green Ideas Regional Competition. This year's edition was organized in Belgrade, Serbia, by Balkan Green Foundation in close cooperation with our national foundations from each of the participating countries.

Five awards were presented to the winning teams in a ceremony held on 28 October 2021. Out of 21 presentations, the winners were selected by an independent jury, consisting of Andras Krolopp, Marina Queins, and Teo Petricevic. Based on the teams' presentations and documents provided by teams prior to the
competition as in previous editions of the event, teams competed in one of two categories of the Balkan Green Ideas. In the Green Concept Ideas Lot category, winners could secure an award of $5.000. In the Green Advanced Ideas Lot category, the awarded price amounted to $10.000.

Winners of the 10th jubilee edition of the Balkan Green Ideas Regional Competition, under the category Green Concept Ideas Lot (award of $5.000) are:

Winners of the 10th jubilee edition of the Balkan Green Ideas Regional Competition, under the category of the Green Advanced Ideas Lot (award of $10.000) are:

1. Paleovraha from Greece
2. The Botanic Project from Kosovo

The 21 innovative, green ideas from six countries of the Western Balkans and Greece were presented for two days. Due to the COVID-19 pandemic, this year's competition was organized in a hybrid format. While a majority of the teams presented their ideas and businesses in person in Belgrade, some of the teams participated online via Zoom. The event concluded with the selection of the five ideas that resonated best with the jury, based on, amongst others, their ambition to create positive impacts on the environment and their community through their entrepreneurship.

This year's edition was a special one, as next to giving all participants the opportunity to present their green innovations, it also marks the tenth year of organizing Balkan Green Ideas, formerly known as Philanthropy for Green Ideas.

Balkan Green Ideas is a project of the Balkan Green Foundation, organized annually and supported institutionally by the Rockefeller Brothers Fund Western Balkans Program, and this year's edition has been co-supported by Erasmus+, Balkan Trust for Democracy, and USAID.

Balkan Green Ideas is organized closely in cooperation with our amazing partners: Partners Albania for Change and Development from Albania, Mozaik Foundation from Bosnia and Herzegovina, Green Ideas Greece (A partnership between HumanRights360 and HIGGS) from Greece, LENS from Kosovo, Fund for Active Citizenship - fAKT from Montenegro, ARNO from North Macedonia and Trag Foundation from Serbia.